Whiffle Pig C.I.C is a community interest non-profit company. It originated in Derbyshire, founded by Rachel Pratt and Annie Fielder in October 2012 as little arts and crafts stall, which they used to sell small projects. They worked together as a way to get over the bereavement when they both lost a parent. They would make little bespoke creations and then sell them on a rather bizarre stall; then donate the profit to charities they held dear.

As time went on they realised the comfort they received from the making process would be beneficial to other experiences any kind of loss. As Annie had worked in the art therapy sector voluntarily for over a decade at that point she wanted to support people creatively but using a different style – the key being to listen – with that the Whiffle Pig Method was born. Our motto “You can never under estimate the power of kindness, manners and laughter” is the core of all of our projects which now run over many hospital wards and within the community.

Rachel and Annie are fortunate enough to still have that comfort in one another when their lives take a more complicated turn but one awesome difference is that their minds are blown on a daily basis that their company is helping so many other people, on a scale they could not even contemplate when they were sat in their first yellow broom cupboard office. To think this was started because of such great sadness and has brought so much happiness to so many other people is just incredible. 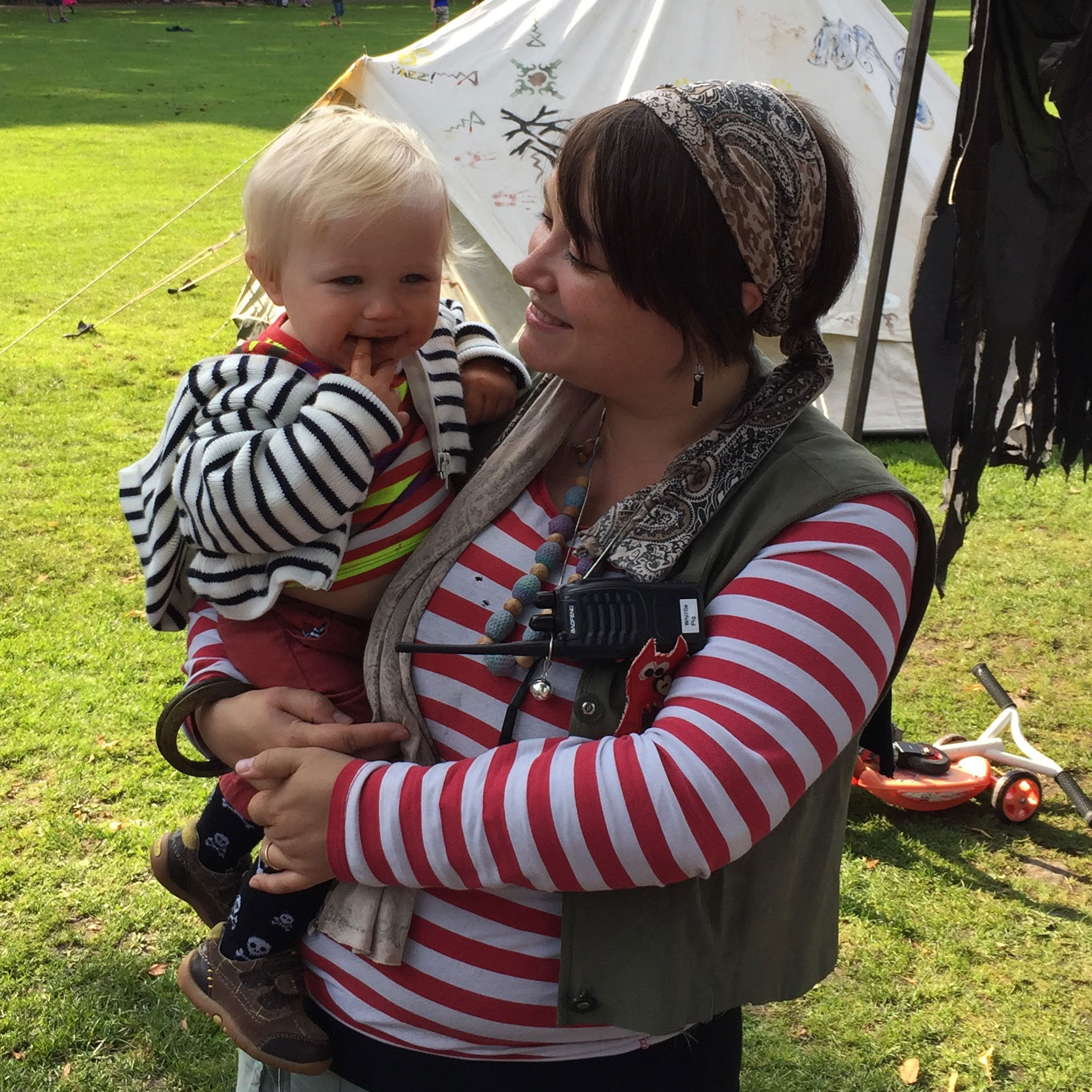 Annie studied foundation art & design at the university of Derby and is currently studying her BA (Hons) Open University degree on the biology and psychology pathway. Annie Co Founded Whiffle Pig with her incredible friend - and the other half of her mind - Rachel. During a time when they both lost a parent Whiffle Pig bubbled up out of their brains as a form of comfort and distraction; also an excuse for them to spend more time together swimming about in their ludicrous imaginations.

After becoming a carer for her step father following his acute brain injury, Annie began to focus more on helping the wards and charities who had supported their family and the first Whiffle While You Workshops were born using the ‘Whiffle Pig Method’ . Quickly her keen interest in neurological damage expanded on how they could offer more support and rehabilitation.

After Annie’s first child developed difficulties with speech she put herself through Makaton training to aid his communication. In 2017 Annie qualified as a Regional Makaton Tutor and has used this to develop the bespoke workshops for those rehabilitating from an acute brain injury. Shortly after she trained all of the Whiffle Pig lead artists in Makaton so that all of our Whiffle Piglet projects would be ‘Makaton Friendly’ and, therefore accessible to children of all abilities.

Annie has recently relocated to Edinburgh to run Whiffle Pig in East Lothian whilst still visiting Derbyshire to maintain relationships with the patients she has worked with for the past four years. 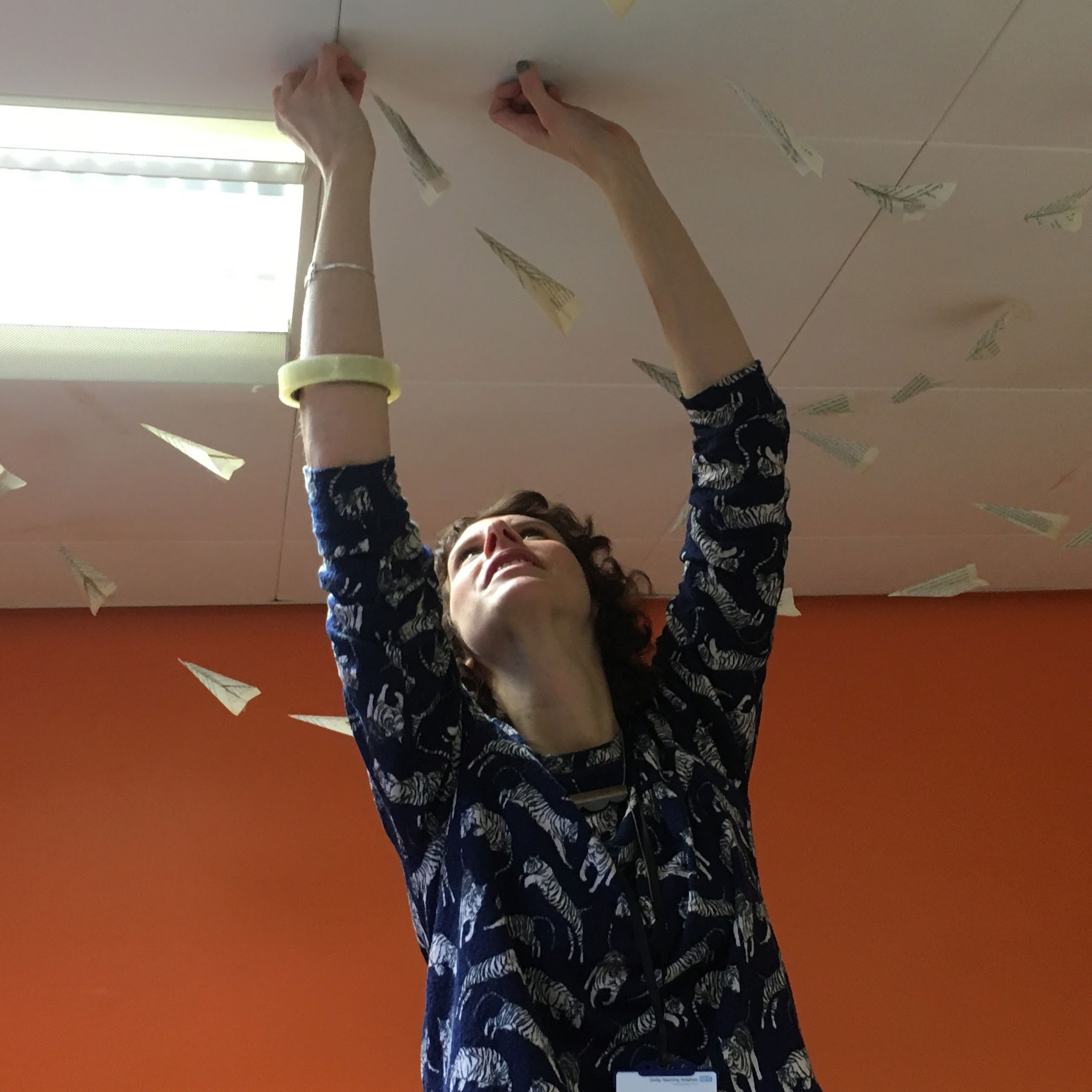 Mandy has been working with families and young people in creative wellbeing/Arts 4 Health projects since 2009. Originally Mandy joined the Whiffle Pig team as a volunteer and was instantly impressed and inspired by their unique working practices and inclusive, person centred approach. Following successful pilot workshops on the children’s ward, the Whiffle Piglet project was developed, receiving funding from Children In Need to deliver creative activities to patients and siblings in the wards, and to run Makaton workshops in Sure Start Centres and other community settings.

Mandy is interested in many areas of creative participation and particularly enjoy exploring new techniques and ideas with my own children that she can transfer into workshops that other families could enjoy together. Mandy am driven by the enjoyment, wonder, learning and sense of pride the arts can bring to children and that’s what she hopes to encourage in others through the projects we deliver. 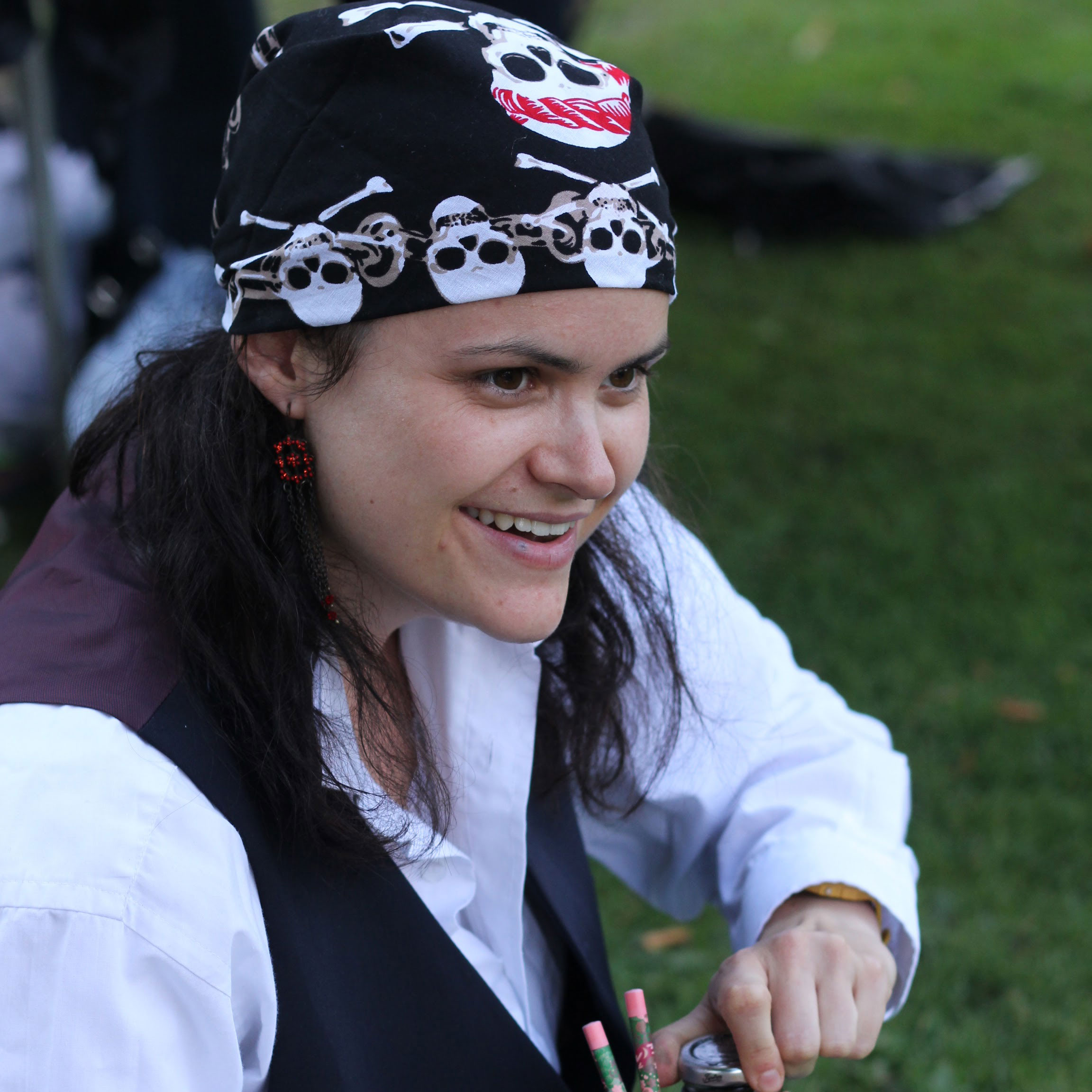 Rachel was awarded a BA(Hons) in Contemporary Arts from MMU Cheshire and has spent approximately ten years since exploring the world of Arts & Health. Influenced by the pure awesomeness of her late mother, Rachel Co-founded Whiffle Pig with her glorious friend Annie, someone who she not only relied upon for support during difficult times but also for inducing a good belly laugh that brought tears streaming down her face!

Rachel later added Nursing education to her repertoire until her father needed further care in the home due to Parkinson's Disease. Caring for both parents has meant that Rachel's interest in nursing and care has now flourished in her love of Art, particularly influencing her enjoyment in writing children's stories and poetry, something she has always done since she was a child. After writing and publishing The Blue & Pink Fox book, as well as designing and creating handmade toys to accompany the story, Rachel is now keen to keep developing her little universe inhabited by fantasy creatures and invite others to explore her world by working with their creativity and imagination, tapping into their unique and valuable experiences. 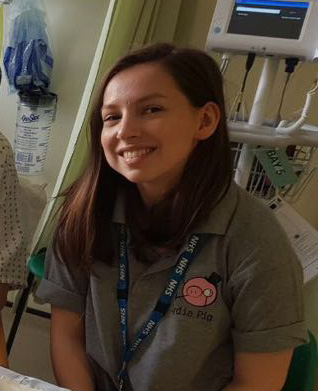 Lydia is a visual artist specialising in portraiture and oil painting. She began working with Whiffle Pig as a volunteer in 2016 whilst studying at the University of Derby, and has been running workshops as a lead artist since graduating in 2017 with a 1st class honours degree in Creative Expressive Therapies.

Throughout her time at University, Lydia received the Dean’s award for academic achievement, and was awarded the Foundation Derbyshire Commendation for her body of work exhibited in her final degree show - a series of layered oil paintings on clear acetate which explored her experiences of memory, growth and perceptions of time. Lydia has undertaken foundation level Makaton training, which she enjoys using throughout workshops, as well as basic first aid and safeguarding training.

As she embarks on her career in arts and health, Lydia thoroughly enjoys her role as an artist within Whiffle Pig, where she is able to make full use of her experience and education to date, as well as continue to learn and gain more experience everyday as she meets and works with a wide range people. 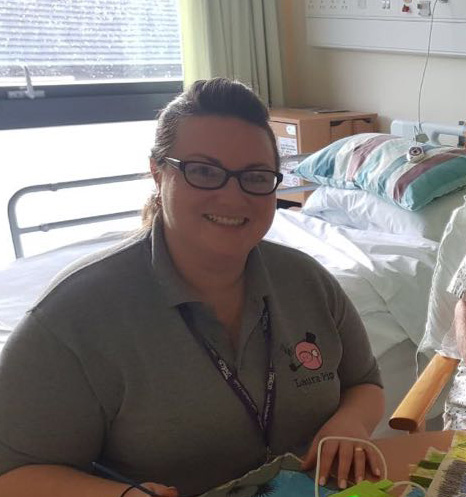 Laura joined us at Whiffle Pig in 2016 - a life long friend of Annie - she initially started out as her personal assistant to help Annie. As time went on it was clear Laura would be better in the workshops as a supporting artist as she had a natural ability to make the patients feel at home and get totally stuck in despite claiming to ‘not be an artist.’ Her kindness and rare ability to just listen.

February 2017 we won the People’s Projects partnering with Air Art and this was primarily down to Laura’s sheer hard work and determination to make sure we got the amount of votes needed - working tirelessly to promote the work we do.

Laura is currently studying a BA (HONS) in Counselling & Psychotherapy with the intention to be able to offer a counselling service to Whiffle Pig upon her graduation which will be incredible for our participants.