More and more we are asked Why the name Whiffle Pig? WELL ladies and gentlepigs – are you sitting comfortably? – we shall explain:

Rachel and Annie started this company in 2012 after Rachel’s lovely mum died following a very short, but aggressive battle with Pancreatic Cancer. Using her mother’s sewing machine Rachel and Annie (using her rather battered sewing machine) started to make little creatures out of upcycled fabric they were donated. In early January 2013 Annie’s step father died; succumbing to complications which had arisen from a brain injury he incurred when falling down the stairs in 2008. When you lose a parent it is crippling but when you have looked after that parent in their final years then you also lose an identity of carer. Suddenly you have all of this time you didn’t have before and that can very rapidly become total isolation (and often does in many cases). Rachel and Annie clung to each other and boarded their sewing machines on the rocky sea of grief which they plunged into together. 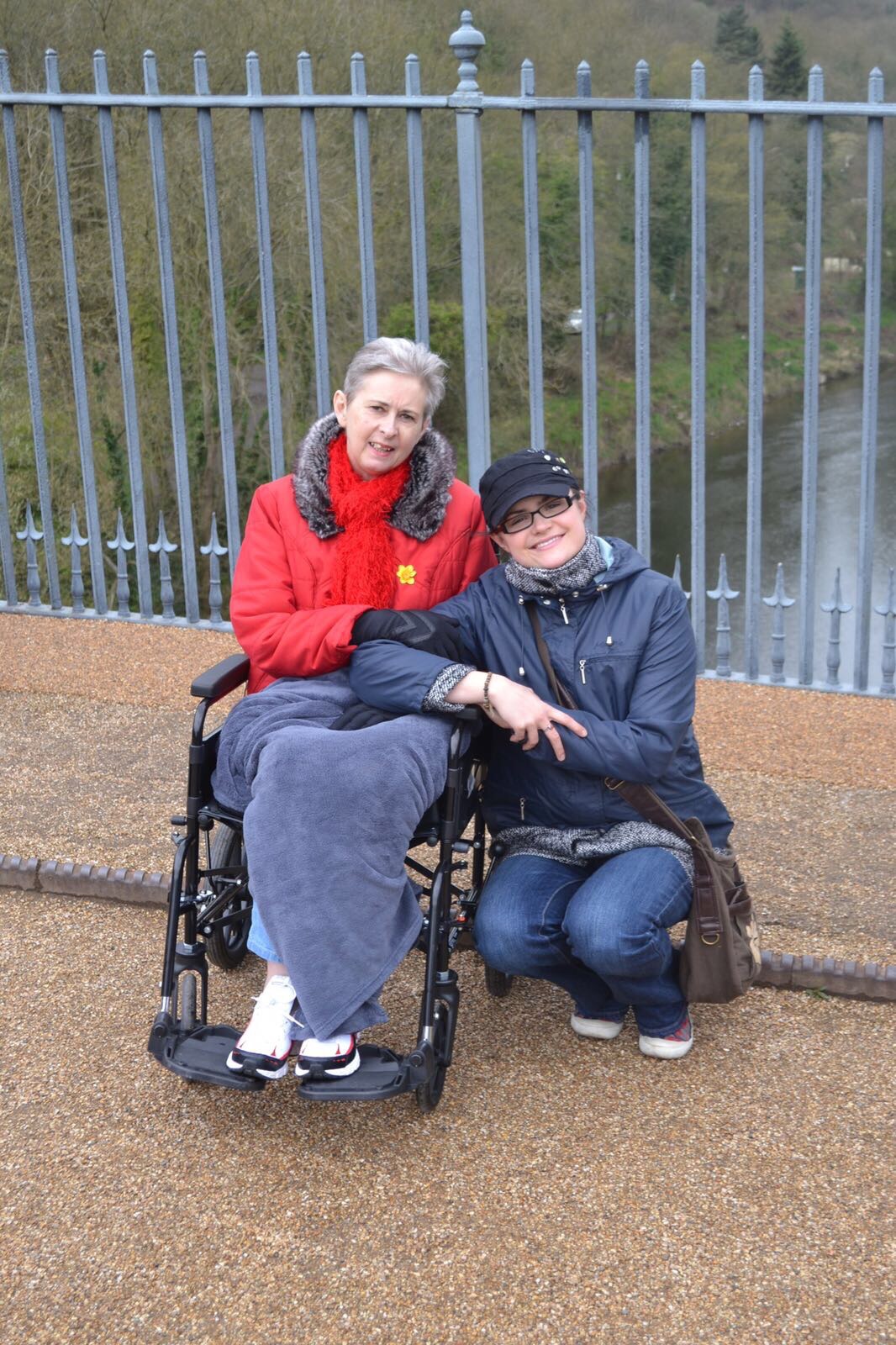 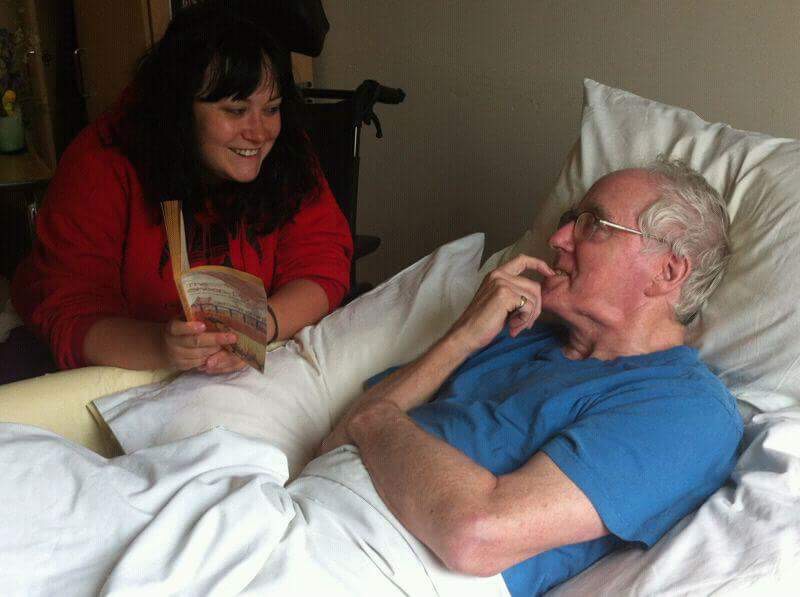 They started to set up stalls to sell their work which was never what you would call ‘main stream’ homeware but they had fun doing it and it made people laugh. After a short while they realised that rather than making items to sell it was more fun to make items on their stalls instead – then they started to venture out to run workshops with local charities such as Making Space. Not long after that Annie wanted to give something back to the neuro rehab unit at Royal Derby Hospital where her step father had spent so much time so they started projects there, all for free, using up cycled materials – these proved to be something of a success so they applied for funding to continue the projects, finding out if their sessions would work in any other wards of the hospitals. They are currently now funded to work in all of the dementia wards, the Parkinson’s out patients, the stroke out patients, the children’s wards and still at the neuro rehab of the Royal Derby Hospital and the London road Community Hospital. They also work in the surrounding areas of the community supporting families with young children and working with patients after discharge, encouraging them to come out to group workshops or seeing them at home for one to one’s if they are house bound. They are working in local nurseries and schools and have a wonderful piggy team of folks so that more people can be seen and supported. 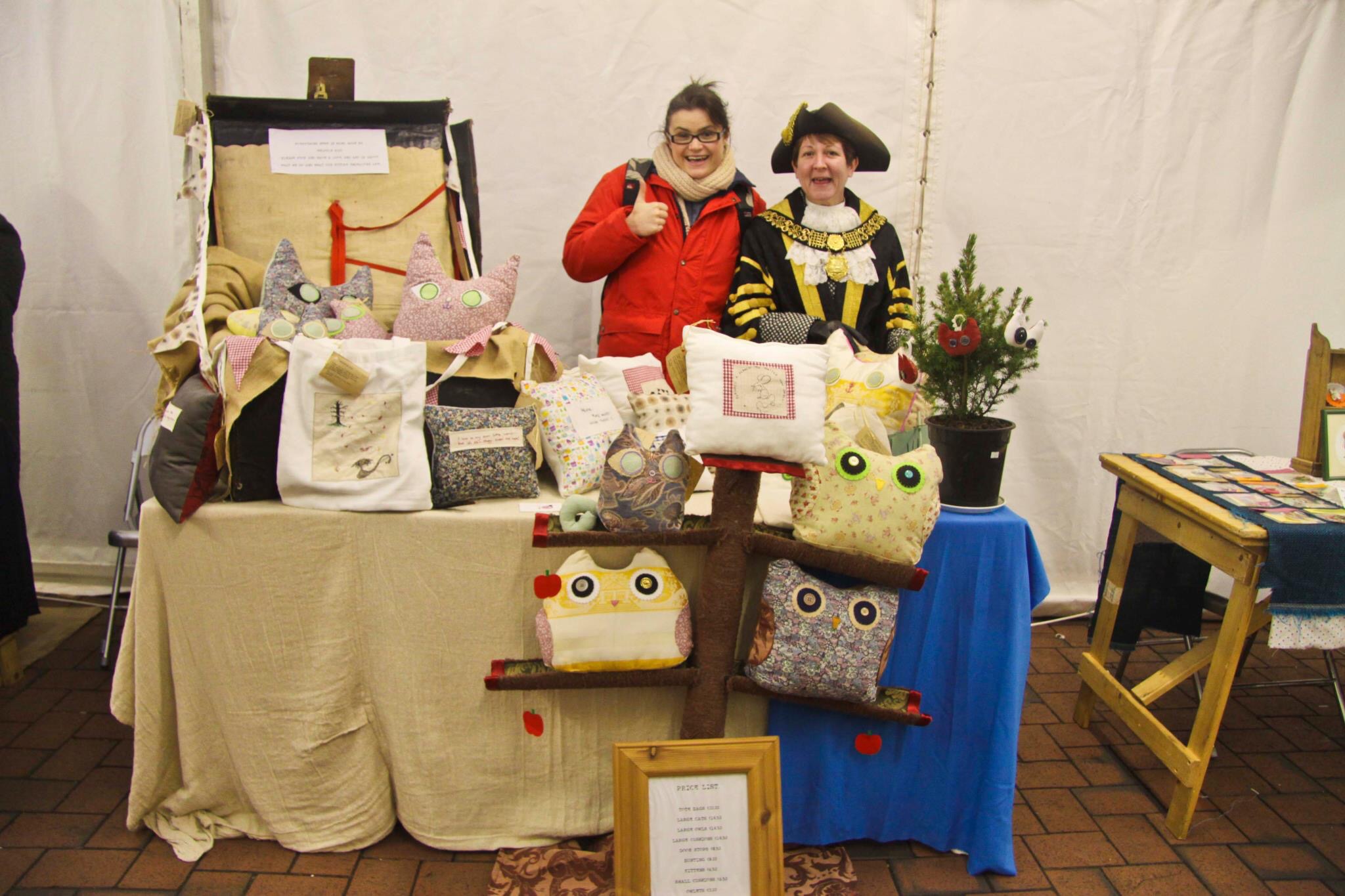 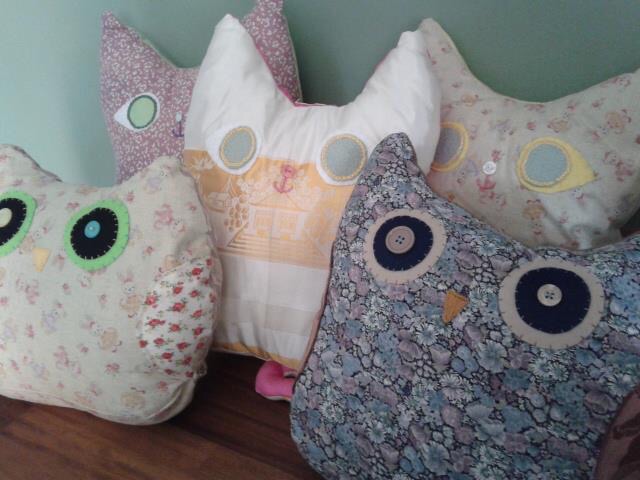 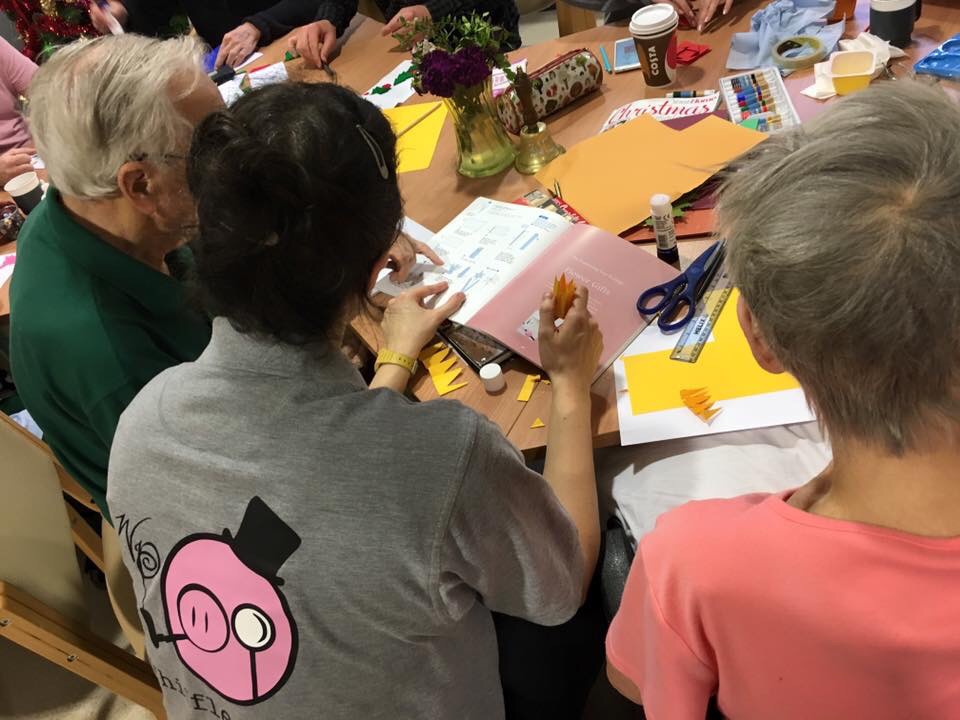 Rachel and Annie are still the best of friends, even closer now if that is possible – still supporting each other for the excitements life churns out. It had always been a joke that they were meant to be married as they had so much in common and shared the fantasy and imagination of an ambitious 5 year old which was why they had always called each other Wifey. Wifey often got shortened to ‘Whiff’ and then extended to ‘Whiffle’ and somewhere along the way, when things got especially bad, Whiffle Pig was used as a term of endearment to make the other laugh. It was mutually decided that, that was the only thing their company could be called. Doodling one afternoon in the early days Rachel came up with the cracking logo (Lord Whiffle of Pig as he is affectionately known) and the Monopoly esq piggy was born. 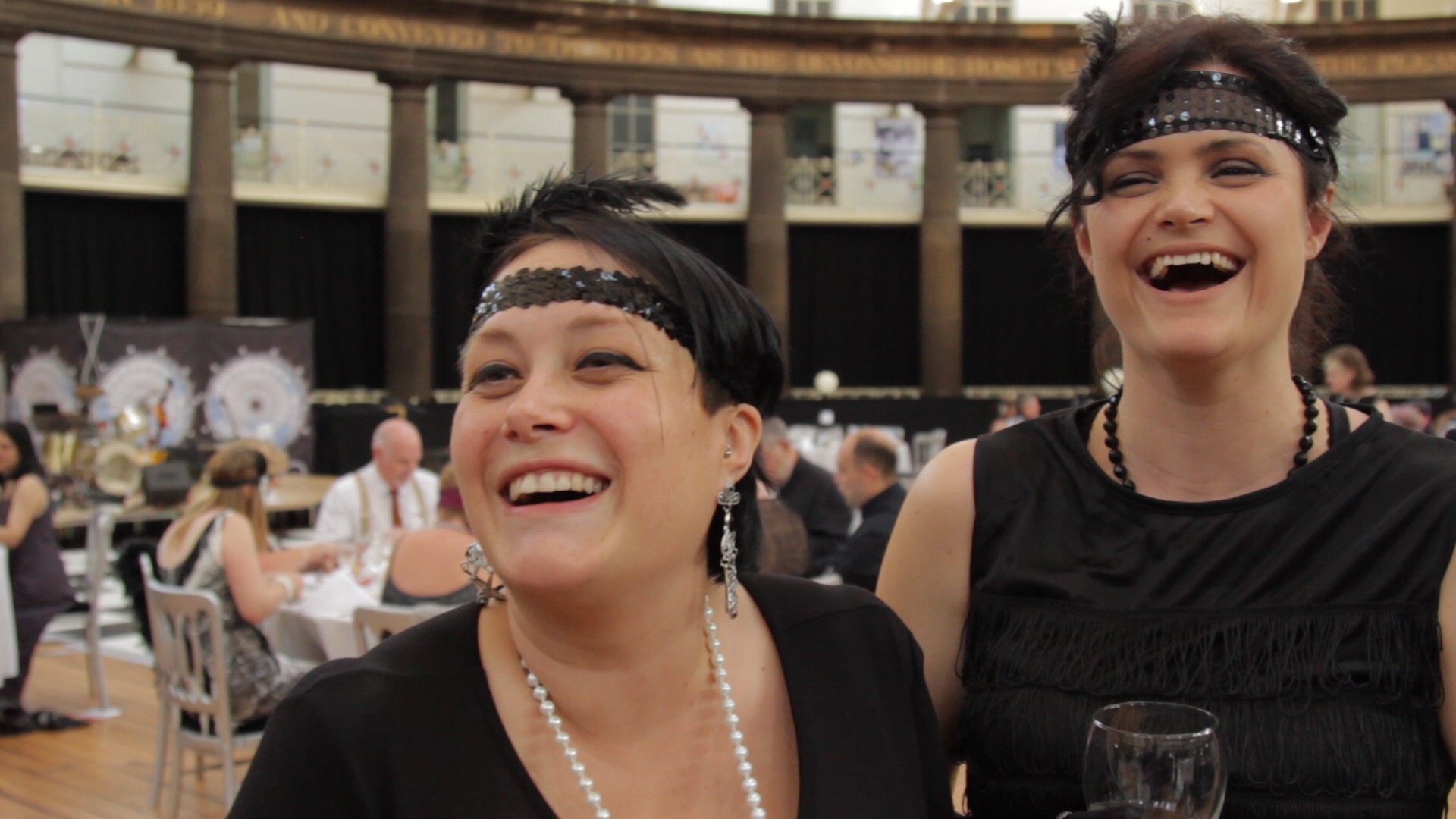 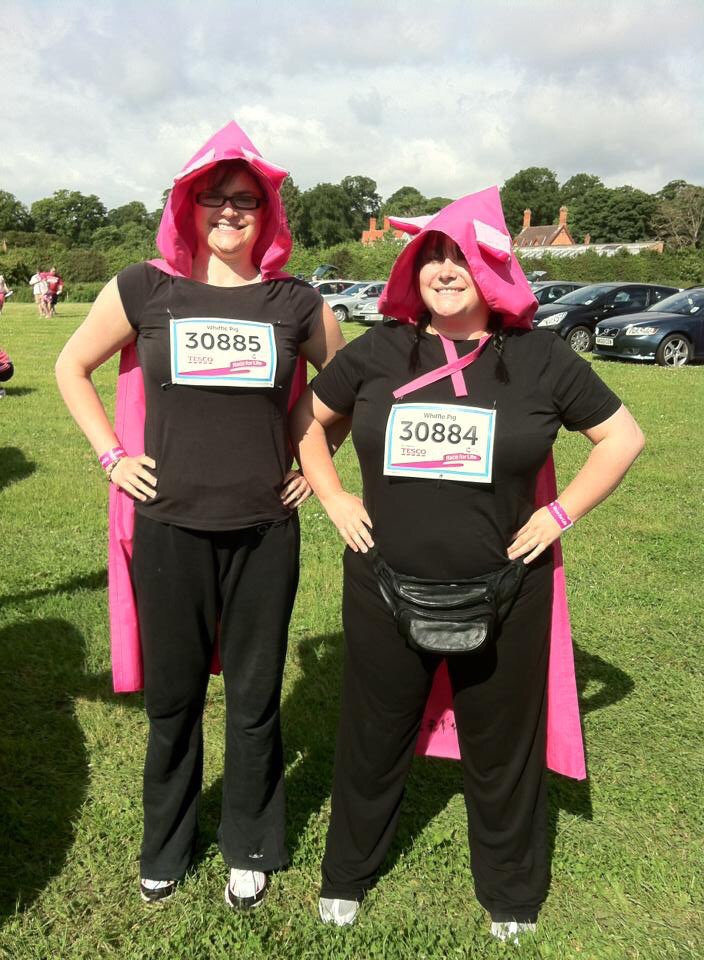 So there you have it – that is how we were named. It has worked fabulously with the birth of the Whiffle Piglets (both in projects for children and the actual birth of Annie’s children) and being able to use swine based nick names for projects and events. It has never not made people smile and it’s not a name you easily forget.

It may seem like just a name to some but to us, every time we receive feedback that Whiffle Pig has helped someone who was isolated and struggling it makes our hearts sing as this was just started to help each other and we never dreamed it would ever grow this big x